Matthew Hahn and Marco San Antonio were sworn in today as the newest members of Olivenhain Municipal Water District’s Board of Directors. Mr. Hahn and Mr. San Antonio were chosen by voters in the November 8 election to represent OMWD’s Division 4 and Division 1, respectively.

Additionally, Neal Meyers will complete the remaining two-year term representing OMWD’s Division 5. Mr. Meyers was originally appointed as a director in 2021 to fill the term of the previous Division 5 director that resigned from the board. Mr. Meyers ran unopposed in the November 8 election.

“We are happy to welcome these new voices to the Board of Directors,” stated OMWD Board President Larry Watt. “Each individual brings unique knowledge and experience to support OMWD’s commitment to serving present and future customers with reliable, cost-effective, and high-quality water.”

Mr. Hahn has resided in San Diego since 1993. He is a US Navy veteran with over 30 years of service and received his executive master of business administration from Naval Postgraduate School. He also holds a bachelor’s degree from the University of St. Thomas. Mr. Hahn has worked for a Fortune 500 company for over 18 years in environmental compliance.  He takes over the Division 4 seat from Kristie Bruce-Lane.

Mr. San Antonio is a lifelong Encinitas resident, former firefighter, and business owner. He takes over the Division 1 seat from Robert Topolovac, who passed away in October and was the then-longest-tenured board member at OMWD.

Mr. Meyers has resided in OMWD’s service area Division 5 since 1993. He began practicing law in 1984 in San Diego’s North County, and represented many private clients and public agencies during his career. He received his juris doctor from the University of San Diego, and also holds a bachelor’s degree in Political Science from California Polytechnic State University, San Luis Obispo where he concentrated on local government. 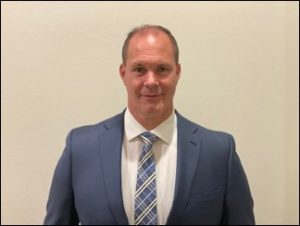 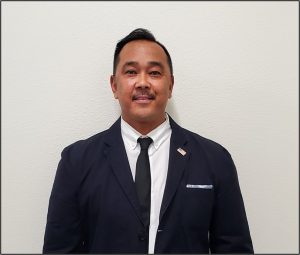