Olivenhain Municipal Water District holds itself to the highest standards when it comes to efficiency, fiscal accountability, and transparent government. OMWD operations are governed by its Administrative and Ethics Code. 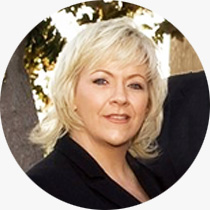 Ms. Thorner began her tenure with OMWD in October 1996 and was unanimously selected by the Board of Directors to become OMWD’s fourth general manager beginning January 1, 2007. She earned a bachelor’s degree in political science from the University of Colorado (Boulder) and a juris doctor from Thomas Jefferson School of Law in San Diego. She is a licensed attorney in the State of California, a Special District Leadership Foundation Certified Special District Manager, and has completed SDLF’s Special District Leadership Academy.

Currently, Ms. Thorner serves as OMWD’s representative to the San Diego County Water Authority, serving on the Audit, Administrative and Finance, and Engineering and Operations committees. She also serves as Chair of the San Diego Local Agency Formation Commission’s Special Districts Advisory Committee, is a member of the San Diego Integrated Regional Water Management Advisory Committee, and serves on the WateReuse California Board of Trustees. Previously, Ms. Thorner served as the Project Manager for the David C. McCollom Water Treatment Plant, a member of the American Membrane Technology Association’s board of directors, as a state and federal registered lobbyist, and six terms as a member of the Association of California Water Agencies Federal Affairs Committee. She resides in Carlsbad with her two daughters, and serves on several local community and non-profit boards.

Mr. Randall has served at OMWD since June 2003, and joined the executive team in 2014. He currently oversees OMWD’s Engineering, Operations, and Customer Services Departments. Mr. Randall began his tenure with OMWD as a Park Ranger, and also spent time as Park Supervisor, Management Analyst Supervisor, and Customer Services Manager before assuming his current position. Mr. Randall holds a bachelor’s degree from National University. A native of coastal North County, Mr. Randall enjoys living in the area with his wife and two children. He is very active in the community, serving as a youth sports coach in addition to volunteering for various local non-profit organizations.

Ms. Selamat began her tenure with OMWD in March 1997. As the Finance Manager, she is responsible for the accounting and finance functions at OMWD. Prior to joining OMWD, Ms. Selamat had more than five years of accounting experience in the private sector. She graduated with a bachelor of science in accounting from San Diego State University and successfully passed all parts of the CPA examination.

Ms. Joslin began her career with OMWD in 2007. As Human Resources Manager, she is responsible for providing leadership in employee and labor relations, classification and compensation, recruitment and selection, employee benefit programs, safety and risk management, policy development, filing officer duties, records and contracts, and training. Ms. Joslin earned a bachelor’s degree in psychology and a master’s degree in industrial/organizational psychology from San Diego State University. She holds certifications from both the International Public Management Association for Human Resources and the Society for Human Resource Management as a Senior Certified Human Resources Professional.

Mr. Carnegie began his tenure with OMWD in 2006, and joined the executive team in 2017. He currently manages OMWD’s customer service, meter maintenance/reading, public affairs, grants, and park functions. Mr. Carnegie holds a bachelor’s degree from the University of California, Los Angeles, a master’s degree from the University of San Diego, and California water distribution operator certification.

Mr. Fulks joined the executive team in 2020.  He is responsible for managing OMWD’s water treatment, water reclamation, water distribution, construction, information technology, and technical maintenance functions. Mr. Fulks has over 17 years of experience in water utility management and is a veteran of the US Air Force having served in Desert Storm. He holds a bachelor’s degree in business administration with an emphasis in finance from University of Arizona as well as California distribution and treatment operator certifications.