Kristie Bruce-Lane was sworn in today by General Manager Kimberly Thorner as Olivenhain Municipal Water District’s newest board director. Voters in OMWD’s Division 4—consisting of the communities of 4S Ranch, Rancho Cielo, Elfin Forest, and Harmony Grove—selected Mrs. Bruce-Lane as their representative to the Board of Directors in the November 3 general election.

“As a proud mother, businesswoman, and entrepreneur, I have my eye on the future and the many generations to follow,” said Mrs. Bruce-Lane. “OMWD has set a tone as a leader in the water industry, and I am excited to bring my expertise to the Board of Directors as we usher in 2021.”

A California native, Mrs. Bruce-Lane was born and raised in a large, agricultural family. She holds two bachelor of science degrees, one in nutritional science and the other in crop science with a minor in biotechnology. She is a graduate of California Polytechnic State University, San Luis Obispo, and now resides in the 4S Ranch area of San Diego with her husband and young son.

Mrs. Bruce-Lane takes over the Division 4 seat from Robert Kephart, who was appointed by the board in November 2018 following the resignation of Jerry Varty. She will complete the remaining two years of the four-year term. The board consists of five members who hold office for four-year terms. 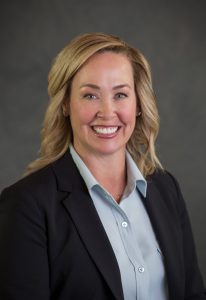