Olivenhain Municipal Water District staff notified the Board of Directors at its March 29 meeting that it will receive the “District of Distinction” accreditation by the Special District Leadership Foundation at the California Special Districts Association conference in September. This recognizes sound fiscal management policies and practices in district operations. This is the fifth time OMWD will receive this biennial accreditation.

OMWD was the first water district in San Diego County to achieve this accreditation, and remains one of only 32 other agencies designated as a District of Distinction.

SDLF provides an independent audit review of the last three years of the district’s operations to ensure prudent fiscal practices. In order to receive the recognition, OMWD’s website must include posting of transparency requirements including election procedure and deadlines, board meeting schedule and agendas, current district budget, most recent financial audit, and compensation data of board members and staff. Furthermore, OMWD’s Board of Directors and executive staff must prove compliance in public governance, ethics, and harassment prevention training.

“This honor is a testament to OMWD’s commitment to open government,” said Lawrence A. Watt, President of OMWD’s Board of Directors. “The entire district staff is to be commended for their contributions that empower the public with information and facilitate engagement and oversight.”

In addition to the Districts of Distinction accreditation, OMWD received SDLF’s District Transparency Certificate of Excellence in recognition of its efforts to promote transparency and good governance. This is the third consecutive time OMWD will receive the biennial certification. OMWD demonstrated outreach best practices that engage and inform the public in its governance and operations.

SDLF is an independent, non-profit organization formed to promote good governance and best practices among California’s special districts through certification, accreditation, and other recognition programs. 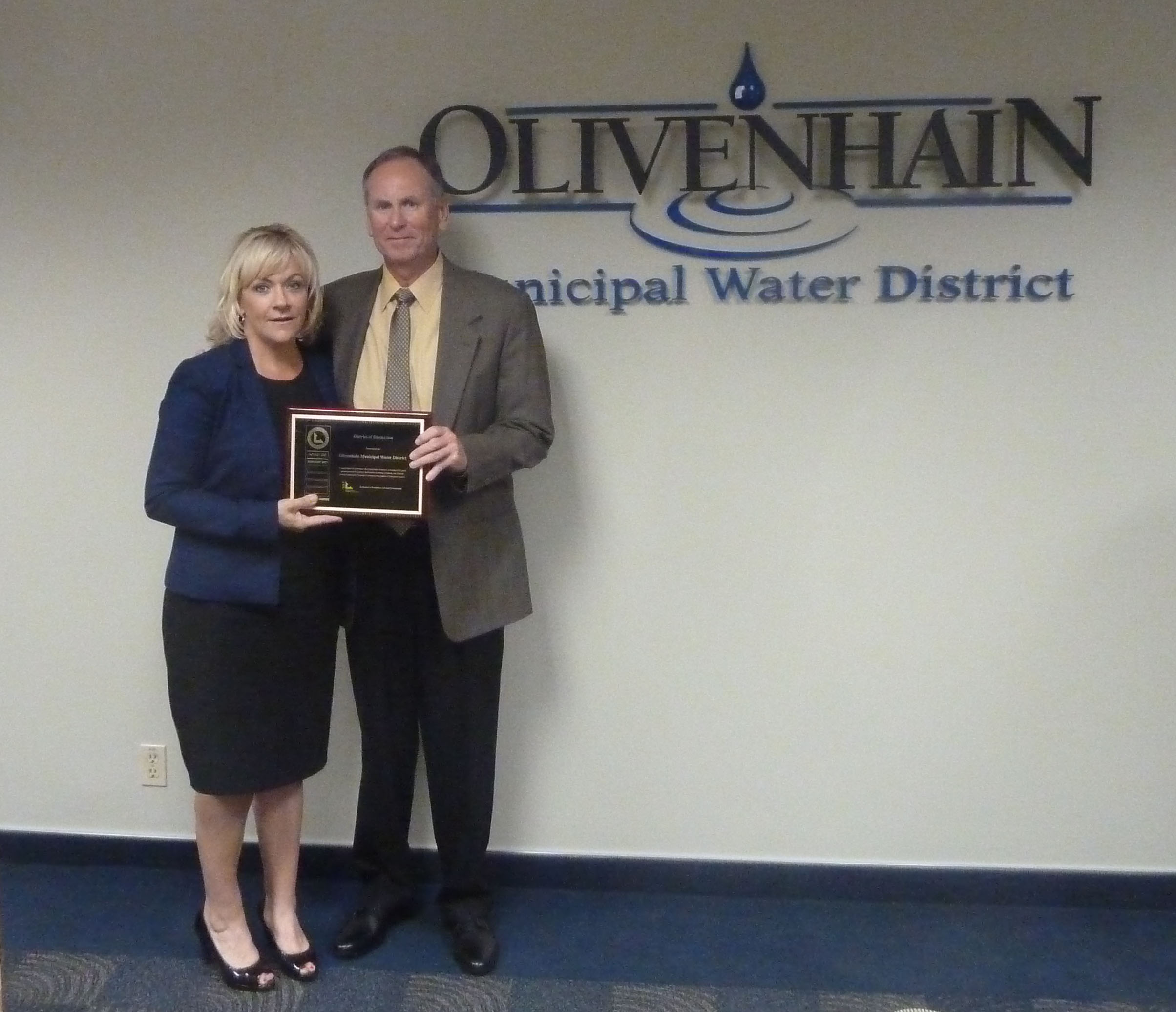 OMWD continues to be recognized as a District of Distinction.