Olivenhain Municipal Water District’s Board of Directors unanimously approved today the filing of a notice of completion for the El Camino Real Potable Water Pipeline Replacement and Green Bike Lane Striping Project. After over a year of collaboration with the City of Encinitas, OMWD has officially turned the project over to the city. The city will now begin the repaving and bike lane striping portion of the project.

“Proactive maintenance is a big part of what we do,” said OMWD Board President Larry Watt. “Replacing aging infrastructure before it breaks helps to avoid emergencies, which are more costly and more impactful to customers.”

Construction was originally planned to occur at night for the entire project to reduce traffic impacts. However, capitalizing on the reduced traffic as a result of the statewide stay-at-home order, OMWD was able to shift construction to the daytime for a portion of the project. Working during the day is more efficient and safer than night work, and minimized noise impacts to the surrounding neighbors.

“It was very important to us from the outset of the project to mitigate its impacts to the community, while also keeping costs down,” said Watt. “To that end, the partnership with the City of Encinitas was critical. They coordinated closely with us every step of the way.” 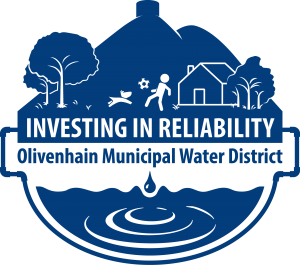